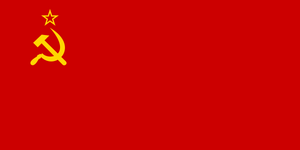 Soviet Union is a faction in Armored Brigade.

The 1970s arguably represented the high tide mark for the power of the Soviet armed forces relative to their NATO counterparts. It was undoubtedly a difficult decade for NATO countries. The US military was struggling to recover from the devastating effects of the Vietnam War, which rendered military service extremely unpopular. Drug abuse and inter-ethnic tensions abounded within the ranks, undermining cohesion. The draft was abolished and the US military was making a painful transition to an all-volunteer force. Other NATO countries, although their militaries had not suffered the same level of deterioration, nevertheless were affected by the general crisis of confidence that affected the West. The oil crisis, the economic stagnation were accompanied by street demonstrations which often resulted in clashes with the police. Nearly every Western European country had to cope with a terrorist organization or organizations of some sort, be it in the form of the IRA, the Red Brigades, the Baader-Meinhof Gang, or a number of less well known groups.

By comparison, the Soviet Union was riding high in those days. The high oil prices that dragged down Western economic performance buoyed the Soviet economy and without a doubt prolonged the duration of the Soviet regime. In spite of detente, USSR continued to support a number of "proxy wars" in the Third World, including insurgencies in various parts of Africa and Central America (usually through its Cuban ally). The Soviet military was fielding hardware (for example, the T-64/-72/-80 family of main battle tanks) that was at least a match(and often-much better) for their NATO counterparts. Artillery units were beginning to receive self-propelled howitzers, closing the gap with NATO. Another reason to bolster Soviet confidence was its attainment of parity with the United States in nuclear armaments, which led to the signing of the SALT and ABM treaties in the early 1970s.

However, in spite of these advantages the seeds of USSR's destruction were already germinating. The debilitating effects of Leonid Brezhnev's inept and crony-ridden rule were already making themselves felt. Not for nothing was Brezhnev's reign termed "era of stagnation". The military itself, while acquiring new weapons and testing new operational concepts, was suffering from growing politicization of its officer corps and increasing lawlessness among the enlisted ranks. Ethnic tensions and hazing ("dedovshchina") were spreading, with the ill-trained and overworked junior officers either unable to control it or, even worse, "outsourcing" their disciplinary responsibilities to the bullies in the ranks. The wartime generations of officers with combat experience were fading from the scene. These weaknesses of the Soviet Army would become evident when it invaded Afghanistan in 1979, beginning a war nearly a decade long that would end with a defeat.

Organizationally, Soviet ground forces units were evolving to respond to changed Soviet expectations of the nature of war with NATO. In the 1960s, the assumption was that the war would go nuclear at the outset, either because NATO, undeterred by the weak Soviet nuclear arsenal, would attempt to offset its conventional inferiority with nuclear weapons, or because USSR would resort to first use. However, once USSR attained nuclear parity, the likelihood of immediate use of nuclear weapons has decreased. Although NATO's prospects for using nuclear weapons were not discounted, Soviet experts believed the use of nuclear weapons would be delayed by the fear of Soviet retaliation. Thus, whereas in the 1960s Soviet divisions were being prepared for what amounted to exploiting the effects of nuclear strikes, in the 1970s they were reorganized with an eye toward fighting prolonged break-in battles against NATO forces. The biggest changes were experienced by tank divisions which prior to the '70s were tank-heavy formations fielding 10 tank and only 3 motorized rifle battalions. Addition of MR companies, and eventually battalions, to tank regiments changed that ratio to 10:6, making the unit less "brittle" and endowing it with greater staying power. However, the addition of additional units and subunits to the division was not accompanied by sufficient changes in doctrine and training. Soviet divisions were expected to follow a series of relatively simple battle drills in order to facilitate high tempo of operations. Although this left Soviet tactics relatively rudimentary, it was felt the higher tempo of operations would offset this weakness. The gradual growth in size of Soviet subunits at all levels, however, threatened to slow down that tempo, inasmuch it was not accompanied by a corresponding increase in command and control capabilities, nor by an increase in the abilities of officers tasked with commanding these ever-larger battalions, regiments, and divisions. As a result, the growth in size did not necessarily translate itself into a commensurate growth in capabilities.

After the failure of the detente in the 1970s, the 1980s saw a brief flare-up in the intensity of the Cold War. United States responded harshly to the Soviet invasion of Afghanistan, boycotting the Moscow Olympics in 1980 and providing military assistance to the mujahedeen. After the trials and tribulations of the '60s and '70s, the '80s saw a reinvigorated West pouring new resources into its effort to thwart Soviet efforts to gain military supremacy. The 1980s therefore set the stage for what would have been a clash between the most powerful armed forces the world has ever seen. Each side in this conflict had its strengths and weaknesses.

If the battle went according to Soviet plans, the Warsaw Pact might have prevailed before the superior economies of the West had time to mobilize for wartime production. However, USSR was very much in the same situation Germany found itself in both world wars, facing a potentially vastly more powerful coalition of enemies. Like Germany, if it did not win early it was not going to win at all. Moreover, it is highly questionable whether USSR had the wherewithal to mobilize the vast array of its divisions in their entirety. A full-scale mobilization has never been attempted by the Soviet Army, and partial mobilizations revealed significant shortcomings in the system. Although the 200+ Soviet combat divisions looked impressively on paper, the majority of them could take to the field only by sucking vast numbers of motor transport and reservists out of the already shaky civilian economy. What might have happened to the Soviet economy upon a full mobilization is illustrated by the example of the 1968 Soviet invasion of Czechoslovakia, where the mobilization of the necessary divisions resulted in a disastrous summer harvest in the Ukraine. In 1968 the situation was remedied by stepped up purchases of grain from abroad, an option that would not have been available in the event of war.

Moreover, in the 1980s the Soviet military began to lag behind its NATO counterparts when it came to the quality of fielded weapon systems. Brezhnev's "era of stagnation" affected every aspect of the Soviet state, and the military was no exception. While the appearance of modern Soviet MBTs, self-propelled artillery, improved ATGMs and other weapon systems gave NATO cause for grave concern, in the 1980s the situation was reversed. Modern NATO MBTs, such as the M1 Abrams, Leopard 2, and the Challenger were on par with their Soviet counterparts in firepower, protection, and mobility. Older MBTs were made more competitive through advances in fire control systems and munitions. NATO tanks increasingly sported thermal imagers, while Soviet ones had to make do with inferior active infrared systems.

Things were also not necessarily well when it came to doctrinal issues. The Soviet Army in the 1980s represented a linear development of the Red Army of the end of World War 2. Soviet divisions in the 1980s, with their "square", 3+1 composition, closely resembled the tank and mechanized corps of 1945. The post-war decades have seen gradual increases in the quality and quantity of weapons systems assigned to Soviet maneuver divisions and regiments, but without a corresponding increase in their command and control capabilities. Soviet battalions and regiments compared particularly poorly in this regard to their NATO equivalents. Although the Soviet military sought to overcome the growing unwieldiness of their divisions by relying on simple battlefield drills (the low quality of Soviet junior officers and absence of career NCOs made more sophisticated low-level tactics unachievable in any event), the Soviet units' ability to react to rapidly changing battlefield situation was poor. As a result, a key element of the NATO strategy was attempting to disrupt the Warsaw Pact's offensive plans, in the expectation that once forced to deviate from their timetables and improvise, Soviet divisions would prove clumsy opponents.

The Soviet military theoreticians were cognizant of the lack of combat agility of Soviet divisions, and during the 1980s experimented with a new set of unit organizations that would replace the "regiment-division-army" hierarchy with a "brigade-corps" one, in the hopes of fielding forces capable of competing on a more equal footing with NATO forces. The new organization, which bore a striking similarity to the 1980s-era French Armee de Terre, consisted of relatively large battalions operating semi-autonomously as part of large, self-sufficient brigades, which in turn were loosely controlled by the new corps headquarters. However, the new organizations were still in the experimental stage when Soviet Union collapsed.

T-55: This tank was created soon after the end of World War 2. It evolved from T-44: powerful medium tank, created in 1943-44, but never sent to combat due to bad production quality. T-54 was very successful design, with powerful 100mm gun, good armor and mobility, night vision equipment, reliable and easy to use for even tankers of low technical qualification-ideal tank for both the Army of Workers and Peasants and its allies in underdeveloped countries fighting capitalists. T-55 was modification of it with nuclear protection and some minor changes. This tank is one of the most mass-produced tanks in the world with tens of thousands built in socialist countries-mostly USSR and China, but also Poland, Czechoslovakia and North Korea. It fought in countless wars over the world: Arab-Israeli conflicts, American-Vietnamese War, Angolan Civil War-its just a small fraction of overall number. Even today it is sometimes used by third world countries, which personnel is not educated enough to use any newer equipment or whose budget does not allow aquiring of said newer equipment, and it still manages to do its job.
T-62: It was a result of attempts to create replacement for T-55(though, T-62 failed to achieve that goal). This tank had new smoothbore gun, capable of penetrating frontal armor of any existing NATO tanks, slightly better armor and some other improvements like case ejection system and better fire control system. Relatively on par in characteristics with american M60, it was soon overshadowed by new revolutionary tank design - T-64, which was created few years later. T-62 was not very popular abroad either, few countries used it besides Middle-Eastern allies of USSR. There was around 20000 of them created. Though, in late 70s and 80s it was upgraded with additional armor, "Volna" fire-control system, smoke dischargers and napalm defence. By late 80s, it was present mostly in third-line units.
See Soviet Union units