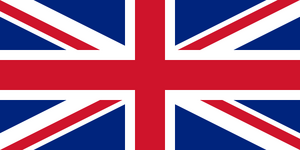 United Kingdom is a faction in Armored Brigade.

During the Cold War, the UK maintained highly-mechanised and modern forces as part of its NATO commitments. The British Army of the Rhine (BAOR) and the Royal Air Force Command constituted Great Britain's armed forces in Germany and were one of the main pillars of the NATO defence doctrine on West German soil. While manpower and force size was limited by budgetary constraints, quality of training and equipment was commonly reported of a high standard. From 1952 the commander-in-chief of the BAOR was also the commander of NATO's Northern Army Group (NORTHAG) in the event of a general war with the Soviet Union and the Warsaw Pact. With each post-war decade, there came a crunch point with a major defense review. Gradually the reviews concentrated effort on NATO requirements at the expense of "East of Suez" commitments. Thus the priority attached to the Alliance came at the expense of those aspects of the British defense effort that might have been expected to have the most nationalistic appeal. In the 1960s and 1970s global presence was sacrificed for a regional commitment. In 1981, despite the attachment of an "island people" to its navy, the continental commitment won out despite its high absolute and foreign exchange cost.

Since 1956 brigade groups took over from divisions as the smallest operative units and the primary combat formation. This was the first major step towards the army of today, with a brigade group comprising of armour, infantry, engineer squadron, an armoured reconnaissance regiment and with attached air, artillery, and logistics support. The core of the BAOR was the 1st (BR) Corps, which included a headquarters (in Bielefeld), three armor divisions (in Verden, Soest and Herford), an artillery division (formed in 1976) and other units and subunits.

In contrast to the French, the British walked away from World War II with a very different set of lessons. While the French nightmare consisted having their relatively well armed and protected Somua S-35s and Char B-1bis tanks outmaneuvered by puny German Panzer Is and IIs, the most traumatic British memory was spending most of the war facing more powerfully gunned and thickly armored Panzers. Even though the British Army was every bit as outclassed by the Wehrmacht in the opening years of the war as the French Army, with consecutive defeats in Norway, France, Greece, Crete, and North Africa by more agile and combined arms-oriented German forces, it was spared the defeat the French could not avoid by geographical location but also by massive US aid (initially in the form of materiel, and after 1941 also in the form of the increasingly powerful US Army) and the commitment of the bulk of German forces to the Eastern Front. Therefore the lessons in maneuver warfare the French learned so well were somewhat lost on the British. Instead they resolved never to repeat the experiences of facing Panthers and Tigers in the Normandy bocage country with short 75mm-gunned Shermans, and for the nearly four decades after World War 2 British tanks were the most heavily gunned and protected in the world, although somewhat lacking in mobility.

This proved to be a sound decision. As the Arab-Israeli Wars amply demonstrated, battlefield mobility was less a function of vehicle speed than of its protection. The well protected Centurions tended to be some of the most mobile weapon systems on the battlefield. Moreover, the low speed and operating radius did not prevent the Israeli Defense Force from implementing a very effective maneuver doctrine against Arab forces equipped with faster Soviet-made tanks. The British Army followed the 105mm-gunned Centurion with a 120mm-armed Chieftain (ironically, even as the very successful British L7 105mm gun was fast becoming the NATO standard for MBT armament). The 1980s saw significant modernisation efforts for the British Army of the Rhine with the most important addition to the vehicle pool in form of the new Challenger 1 main battle tank. While powerful, the Chieftain and the Challenger were not as successful as the Centurion, with the Chieftain being marred (at least initially) by mechanical unreliability, and the Challenger suffering from inferior fire controls that caused the poor showing of these tanks in the Canadian Army Trophy competitions. Moreover, with the introduction of German and US tanks armed with the Rheinmetall 120mm smoothbore tank gun (which became the new NATO standard), the British firepower and protection advantage faded.

Doctrine-wise, the British Army tended to rely more on positional tactics in order to exploit the firepower superiority. Although their "doctrine" was not as centralized as that of the Soviet Army, it was also not as oriented toward speed and maneuver as those of the Bundeswehr and the French Army. An important thing to note is that while there has never been a lack of innovative military thinking in modern British history, as names like Julian Corbett, J. F. C. Fuller and Basil Liddell Hart suggest, Britain’s pre-1989 Armed Forces did not appreciate this central idea behind the term "doctrine", intended not just as the formal publication of military concepts, but as an institutional culture of conceptual thinking on the nature of conflict and the best conduct of warfare.

Traditionally, British officers did not care about intellectual debate and felt deep reluctance towards any formal writings. At best, some sort of doctrine existed as tactical instruction manuals. However, they were considered to be something for the classroom but irrelevant in the field. Operational experience was handed down informally, often by word of mouth, through generations of officers. It remained compartmentalised within the military’s various groupings. In the absence of formal statements on the overall role of the British Armed Forces, a common starting point for the study of conflict did not exist. In such an organisational culture, innovation was left to coincidence, largely steered by what was already known or physically available. Tactical command initiative was devolved and lower-level commanders (NCOs and junior officers) were empowered to make decisions based on the tactical situation at hand.