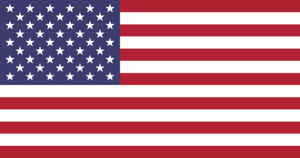 United States is a faction in Armored Brigade.

President Reagan came into office after America had suffered through one of its bleakest moments in modern military history: Vietnam war and it's aftermath. This however stimulated a post-war "military Renaissance" of the US Armed Forces in the 1980s. Defense spending under President Ronald Reagan restocked the US Army, Air force and Navy, now all fully volunteer, with war-winning platforms like the Bradley Armored Fighting Vehicles, M1 Abrams tanks and Apache Helicopters etc. that carried out a transformation to a potentially the strongest military force that ever existed in US military history and continue to provide the foundation of US military land power.

Despite the doctrinal innovations of the AirLand Battle, which recognized the Soviet Army's numerical preponderance could not be dealt with solely through reliance on firepower (as shown by the Israeli experiences during the Yom Kippur War of 1973), the US Army did not embrace the doctrine of maneuver to the same extent as the German or Israeli armies. In spite of its highly effective performance during Operation Desert Storm, the US Army did not display the sort of emphasis on speed, even at the cost of risking exposed flanks or bypassed enemy units, preferring instead to rely on a more methodical, phaseline-governed advance that maximized the impact of its considerable firepower. While this approach proved extremely effective against the Iraqi forces, it (along with political decision making) contributed to some Iraqi Republican Guard units escaping to Iraq, where they helped to put down 1991 uprisings in Iraq.

The US Army's emphasis on firepower was reflected by the greater concentration of resources at division, as opposed to brigade, levels. Artillery is generally "attached" no lower than brigade. It is very common for the division HQ to attach one battalion of howitzers to each maneuver brigade.The brigade commander may then assign some of his artillery to "Direct Support" for some of his battalions, generally by battery. Direct Support means that the artillery is specifically tasked to fire in close support for that particular subunit.

While maneuver-oriented militaries have tended to make their brigades and even battalions more self-sufficient and capable of autonomous operations, the long-standing pro-firepower bias of the US Army manifested itself through centralizing control at divisional level of assets that in other armies were permanent components of brigades. To a certain extent it was due to the magnificent array of weapon systems US divisions had at their disposal, which made them, at least in terms of firepower, more powerful than any equivalent unit in the world. However, it is not a coincidence that armies that embrace maneuver warfare tend to be relatively small forces whose likely foes outnumber and/or outgun them. A trauma of total defeat by a more agile adversary, as in the case of France in 1940, can be a powerful stimulus as well. The US Army has lacked such experiences. In all of its conflicts in the 20th Century, if it did not outnumber its foes it certainly outgunned them. Superior firepower (including in the form of air-delivered ordnance) during World War II was more than enough to offset any deficiencies in maneuver.

Nevertheless, although still clinging to the remnants of its attritional way of war that have served it so well during most of the 20th Century, the US Army of the 1980s compared very favorably with that of its likely opponents. Its combination of firepower and maneuver would have likely been sufficient to halt a Soviet offensive.

M60A1 Patton: one of the world’s most successful main battle tanks and a heavy-lifter for the US from its adoption in 1960 to its final retirement in 1997, with 15,000 having been produced and serving in the armies of 22 countries. The tank has provided proven battlefield performance over four decades and has been continuously advanced and upgraded with advanced weapon control, ammunition, applique armor and increasingly powerful engines. By 1982 it was however outclassed and ever increasingly rendered obsolete by newer tanks, both Soviet and NATO.

M60A3 (TTS) Patton: improved version of the M60A1 fitted with a laser rangefinder, solid state ballistic computer for Fire Control System, crosswind sensor, and most importantly thermal sights (TTS version). The M60A3 was not a tank the US Army had actually planned for, but rather served as a placeholder until the tank forces were fully restocked with M1 Abrams.

M1 Abrams: it was not the best main battle tank in the world since its introduction into US Army service in 1981 due to weak 105mm gun, but with M1A1 upgrade, it became potent adversary for the best soviet tanks. It combines the ultimate balance between firepower, mobility and protection as demonstrated by its superior performance during the two Gulf Wars. It routed outdated Soviet equipment of Saddam Hussein’s army and even today, almost four decades after introduction, it remains the yardstick by which friends’ and foes’ MBTs are judged.

M113: The iconic armored workhorse of the US Army, the M113 has been on the move since Vietnam. The M113 is the most widely used and versatile armored vehicle in the world. Fielded in 1960 as a simple “battlefield taxi,” around 85,000 M113s would see service with 50 nations around the world and 55 years later, many thousands are still in use. In addition to its original role of transporting troops across the battlefield, specialized versions perform a multitude of other functions including command and control, fire support, anti-tank and anti-aircraft defense, and casualty evacuation.The M113 was configured for a two-man crew — a commander/gunner and driver — and dismount squad.

M2 Bradley: In the mid-1960s, the Soviet Union unveiled the BMP-1, the first true “infantry fighting vehicle.” A revolutionary design, the BMP marked a significant departure from the traditional “armored personnel carrier,” sporting a lower silhouette and a higher-caliber armament than rival APCs. One of the most fearsome light-armored vehicles of its day, it caused great consternation on the other side of the Iron Curtain as the Americans scrambled to design a machine to rival the BMP. The result was the M2 Bradley. Unlike the M113 family it replaced, however, the Bradley is no mere "battle taxi." With the 25mm automatic cannon as its main armament and a coaxial 7.62mm machine gun, the Bradley is capable of defeating the majority of armored vehicles it is likely to encounter on the battlefield.

Made to carry infantry squads safely to critical points on the battlefield and to perform cavalry scout missions, the Bradley is uniquely able to close in on and destroy enemy forces in support of mounted and dismounted infantry and cavalry combat operations. It also, as recent experience demonstrates, provides a high degree of battlefield survivability. M3 Bradley Cavalry Fighting Vehicle (CFV) is essentially a restowed M2 Bradley used for scouting. The passenger compartment was occupied by two observers and more ammunition and missiles. Comedy movie "The Pentagon Wars", in which Bradley development issues were exaggerated for comedic effect, humorously described Bradley as "a troop transport that can't carry troops, a reconnaissance vehicle that's too conspicuous to do reconnaissance....And a quasi-tank that has less armor than a snow-blower, but carries enough ammo to take out half of D.C." M2 and M3, albeit very expensive, can be a great tank hunters, provided they can engage targets at long range and these targets don't boast a full suit of ERA.

M551 "Sheridan" (Armored Reconnaissance/Airborne Assault Vehicle) is a light tank, largely remembered as a curiosity, an innovative weapon system that proved over-complicated and vulnerable in action . The Army actually began to phase out the Sheridan in 1978, although at the time there was no real replacement, but some units like the 82d Airborne Division was able to keep them as late as 1996. The Sheridan’s most unusual feature was its large M81 152-millimeter gun/missile system. Capable of firing enormous caseless shells more devastating to infantry than the 90- or 105-millimeter shells fired by Patton tanks at the time of it's introduction, the short-barreled gun lacked the muzzle velocity to be accurate at long ranges or pierce heavy tank armor through kinetic energy. Therefore, against armored threats at medium or long range, the gun could instead launch the developed MGM-151 Shillelagh antitank missile at targets up to three kilometers distant. It seemed like a brilliant solution to cramming heavy firepower into a lightweight vehicle but proved to be logistically demanding and unreliable.

A-10: one of the most iconic airplanes in the U.S. Air Force’s flying inventory is the A-10 Thunderbolt, also affectionately known as the “Warthog.” Designed to mow down rows of invading Soviet tanks during an anticipated invasion, the A-10 has served in most of America’s post–Cold War conflicts, from the Balkans to Afghanistan. A-10 trade speed for survivability and, most importantly, lethality. The A-10 Thunderbolt is unlike any American “fighter” before or since, with survivability features designed to keep it flying during an attack run and make it back to base. The plane featured redundant engineering features designed to keep the plane flying though parts of it were shot away, with pilot sitting in armored titanium tub. The weapon that sets the A-10 apart from the rest of the aircraft world is the nose-mounted GAU-8/A cannon . The large, seven-barreled Gatling gun can fire armor piercing rounds at up to 4,200 rounds per minute, saturating a target area with lethal cannon fire.

AH-1 Cobra: The initial production variant of the AH-1, a very close cousin to the iconic UH-1 Huey, entered service around 1967, but its variants still emerge today. This helicopter has a narrow fuselage and was specially designed to be as small target as possible to enemy ground fire, and it is likely world's first dedicated attack helicopter. By the 1980s, the Cobra was armed with a M197 20mm three-barrel Gatling gun, and could carry a mix of rocket pods and BGM-71 TOW missiles.

Firepower availability means US player will have abundance of DPICM if he get some artillery, and from late 1980s will often have more of it available than HE. Air support, in particularly A-10, is very deadly against enemy troop concentrations.